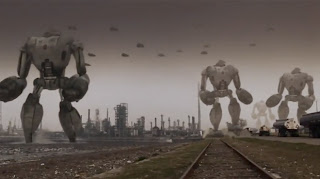 This is exactly what the web is all about. A producer from Uruguay who uploaded a short film to YouTube in November has been offered an £18.6m contract to make a Hollywood film. Fede Alvarez’s short film “Ataque de Panico” (Panic Attack) featured giant robots invading and destroying Montevideo, the capital of Uruguay. It is 4 mins 48 seconds long and was made on a budget of £186, but has attracted more than 1.5 million views on YouTube. Within days he was contacted by Hollywood studios and is now planning the new movie – you see, it can happen.